Did the remarkable age of diamond come before or after the age of dinosaurs? This might be one of those legendary conversations that rank up there with the chicken or the egg debate.

Perhaps we should agree that we may never know when the age of diamonds first began. Some people promote the idea that diamonds are billions of years old, while others say millions. Heck, those lab-grown diamonds spiraled up from the carbon dust only moments ago.

The De Beers Diamond Trading Company suggests that Diamonds Are Forever. With that in mind, the only logical conclusion is that the age of diamonds was forever ago.

De Beers began promoting "a diamond is forever" back in the 1940s. It goes without saying that those were simpler times from a technological perspective.

People didn't know very much about the origin of diamonds back then. Let alone the age of diamond. The latter of which is generally estimated based upon the depth and location of the dig. 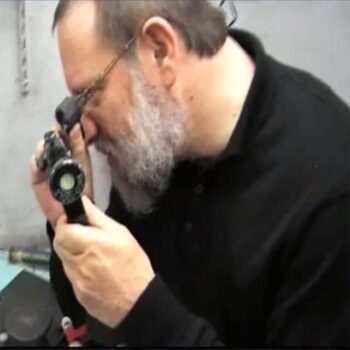 If diamonds are discovered deeper than dinosaur bones, then logic dictates that diamonds are older. At the same time, the technology exists today to create synthetic diamonds quickly and easily.

That is something that a division of General Electric began working on back in the day. You know, when dinosaurs were still roaming the earth and guys like Brian Gavin were cutting their teeth on diamonds.

This last bit is not speculation, by the way. How do I know such things? Because Brian Gavin is one of my original mentors in the diamond business.

We were buying A Cut Above® hearts and arrows diamonds from Brian back in 1998. Which makes me… Awww shoot! That's right, as old as a dinosaur!

But one of the younger ones! Brian Gavin is a 5th generation diamond cutter, which clearly makes him older. With this in mind, you might assume that us old guys have some insight into the age of diamonds. Alas, we don't possess such amazing knowledge because diamonds are older than dinosaurs. How do we know? Because De Beers says so…

Once Upon a Time in the Age of Diamond:

Brian Gavin Brings the Age of Diamond to Life.

Once upon a time, in the Age of Diamonds, there was a beautiful princess. LOL, you know we're not really going to go there.

And yet, up until recently, that is how a lot of diamond lore appears to have been written. After all, companies like De Beers spend a lot of money searching for diamond deposits. They don't spend that much trying to discover the exact age of diamonds.

What's the point, really? Does it matter whether the Brian Gavin Signature diamond in your ring is 900 million years old? Will you appreciate it even more if it is 3.2 billion years old?

Or, by chance, will anywhere in between suffice? Because I'm willing to bet that all you really care about is the incredible light performance and sparkle factor.

A Mad Scientist Discovered the Secret to Sparkle:

The Sparkle Factor is a Reflection of Optical Precision.

That is probably the #1 best reason to buy a Hearts and Arrows diamond in the first place. Look at the optical precision of this 2.56 carat, I-color, VVS-2 clarity, Brian Gavin Signature diamond.

It takes tremendous skill to align the facets so perfectly that this hearts' pattern emerges. In that case, it's not the age of diamonds that matters, but rather the skill with how the cutter unleashes its inner beauty.

But while it's Brian Gavin's job to do that, De Beers's job is to find more diamonds for him to polish. That is an endeavor that brings attention to the age of diamonds in a new and surprising way. In fact, Brian Gavin holds the patent for maximizing light performance in the modern round brilliant cut diamond.

Determining the Age of Diamonds by the Inclusions:

Researchers are using radioisotope analysis to determine the age of inclusions within diamonds from the Venetia mine in South Africa. The research indicates that some diamonds might not be as old as people think they are.

From an industry perspective, this means that there might be additional diamond deposits to discover. De Beers donated 26 diamonds to the experiment conducted by researchers at the Vrije Universiteit (VU) Amsterdam.

By assessing these flaws, researchers can determine the age of diamond crystals. Minerals trapped within the carbon crystal structure provide clues about the conditions and rocks in which they formed. Diamonds show Earth still capable of 'superhot' surprises, EuroPlanet, September 21, 2017.

Speaking of which, how cool is the garnet mineral inclusion within this piece of diamond rough? This is a photograph by Michael Gress, showing one of the diamonds from the Venetia mine.

Pretty cool stuff, which I always get a kick out of seeing. Imagine how much skill it takes to transform a piece of diamond rough into the brilliant star on your finger. The secret is the degree of optical precision: the consistency of facet shape, size, and alignment.

Altering Our Perspective About the Age of Diamond:

"Conventional thinking has been that the level of melting needed to create these diamonds could only happen early in the history of the Earth when it was much hotter."

"We show that this is not the case and that some harzburgitic diamonds are much younger than assumed."

"We propose that our younger set of diamonds formed in a special environment where a major plume from the deep mantle was raised towards the surface and underwent extensive melting as the pressure reduced," said Janne Koornneef.

Map of the Diamond Deposit:

Simplified geological map of the Venetia Mine in South Africa.

This simplified geological map and cross-section cartoon, shows magmatic rocks in the region that result from large scale tectonic events, inferred to be related to diamond growth beneath Venetia (red star).

Dashed black lines in a are international boundaries. Outlines of Umkondo LIP outcrops are after ref. 57. b Suggested tectonic setting at 1.1 Ga during formation of the Umkondo LIP. c Inferred setting at the 3.0 Ga diamond growth event.

At present, mining companies like De Beers focus on the oldest kimberlite pipes. That is because they assume that "harzburgitic" diamond crystals can only be found in the ancient mantle.

That is not to say that all diamonds are from harzburgite. But rather, that diamond hunters look for this rock as an indicator that the area might contain diamonds. This might lead diamond prospectors to explore deposits that contain younger diamonds.

Cracking the Age of Diamond Code:

Can You Guess the Diamonds' Age? ~ James Allen

Before you call around trying to determine your diamond's age, I have some sad news for you. There is a reason why De Beers donated 26 diamonds to the study instead of loaning them to the researchers.

That is because the process of dating diamonds requires breaking them. That is the only way to extract their impurities for the sake of analysis. This means that there is no way for anybody to tell you the diamond's age with any accuracy.

Suffice to say that the age of diamond is probably between 900 million and 3.2 billion years old. However, this new research might enable companies to create niche markets for diamonds from certain mines.

With that in mind, I'm going to suggest a new collection of Brian Gavin Diamonds.

After all, in an email sent to Rapaport News, Trevor Nace, geologist and founder of Science Trends, wrote: "There could be a market for something like 'this quarry primarily has 3-billion-year-old diamonds,' or something like that."

"[It] probably could be marketed as a niche on the quarry or region, but not by the diamond specifically." Miners Could Start Hunting for Young Diamonds, Rapaport News, September 26, 2017

Does the Age of Diamond Matter?

Brian Gavin Rare Sparkle in the Age of Diamonds.

While all of this is very interesting, you might be wondering about the real benefits to you as a consumer. The most obvious benefit that comes to mind is the potential for more diamonds to be found.

The demand for natural diamonds is higher than ever, with more people getting engaged every day. This means that diamond cutters like Brian Gavin will have more material to work with.

This will make it easier for you to find the perfect Brian Gavin Signature diamond for your engagement ring. Although this may be true, the reality is that hearts and arrows diamonds are still quite rare.

Dazzle Her With Your Brilliance:

There are very few diamond cutters in the world who are capable of producing H&A diamonds. It takes a great deal of skill and talent to achieve a higher degree of optical precision.

At the same time, the volume of light return and sparkle factor is worth the wait! That is why I write about Brian Gavin Signature diamonds so often. Consequently, Brian used to produce diamonds for our private label collection.

Under those circumstances, I know exactly what to expect in terms of light performance. That is why I recommend Brian Gavin Diamonds so highly.

In fact, my son's engagement ring that is pictured here contains a Black by Brian Gavin diamond. Let me know if you want my help picking out the perfect diamond.

In the first place, you might ask yourself whether size really does matter? Because END_OF_DOCUMENT_TOKEN_TO_BE_REPLACED

Cool Down in June Brian Gavin Promotion."Do you have any Brian Gavin Coupon or END_OF_DOCUMENT_TOKEN_TO_BE_REPLACED

Spectacular Sparkle from Brian Gavin.First, it's a literary fact that diamonds sparkle and stars END_OF_DOCUMENT_TOKEN_TO_BE_REPLACED