Is Internal Graining Not Shown Something to Avoid?

Consumers frequently misinterpret the comment "Internal graining is not shown" as referring to a significant issue rather than a minor characteristic. That's not surprising because graining is one of the most misunderstood clarity characteristics of diamond grading.

For simplicity's sake, it's easiest to think of diamond grain lines similar to wood grain, which appearance varies. However, that's where the similarities cease because solid wood is not crystalline nor translucent.

For grading purposes, the term refers to optical discontinuities visible in varying degrees using 10x magnification or higher. Unlike fractures and cleavages, which are also discontinuities, internal graining has no open space.

Consequently, the Blue Nile diamond shown here has internal graining not shown on the plotting diagram. It's also not visible in the clarity photograph taken at 35x magnification.

For grading purposes, the term refers to optical discontinuities visible in varying degrees using 10x magnification or higher. Unlike fractures and cleavages, which are also discontinuities, internal graining has no open space. Consequently, the Blue Nile diamond shown above has internal graining not shown on the plotting diagram. It's also not visible in the clarity photograph taken at 35x magnification.

Should You Avoid Diamonds with Internal Graining? 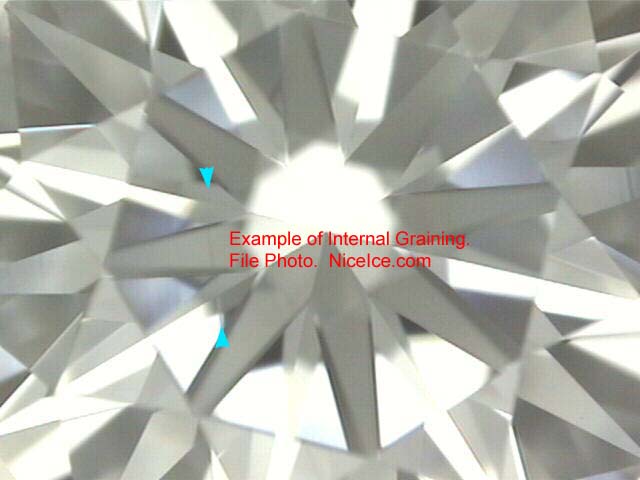 We consider internal graining insignificant because it's only visible with magnification and poses no durability risk. Consequently, it can be challenging to locate using standard 10x magnification, which is the standard for clarity grading.

Additionally, ambient lighting conditions and the viewing angle influence visibility. In other words, inclusions visible under laboratory conditions might not be readily apparent in the real world. 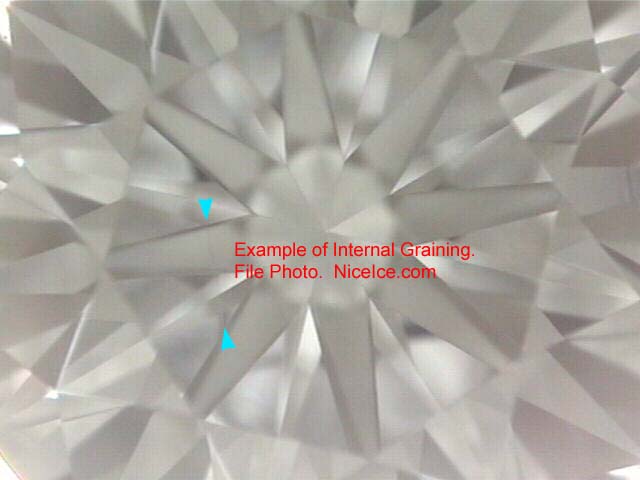 These clarity characteristics involve crystal planes, which cause people to lump them together, even though they are distinctly different. Consequently, it's easiest to consider them similar to other inclusions and determine the degree of visibility.

Why This Characteristic Is Usually a No-brainer:

Gemological laboratories list diamonds' primary inclusions under the key to symbols on the lab report, e.g., crystal, needle, pinpoint. If the grader detects secondary characteristics that are insufficient for identification purposes, they list those as comments, such as:

It's essential to remember that these characteristics are not readily apparent. In other words, analysis requires higher degrees of magnification beyond the standard 10x for diamond grading.

Additionally, it's common for internal and surface graining to be the only characteristic within high-clarity diamonds, such as Internally Flawless, VVS1, and VVS2. Given that you cannot see internal graining without magnification, it hardly seems worth a second thought.

"Clarity Grade Is Based On Internal Graining Not Shown" 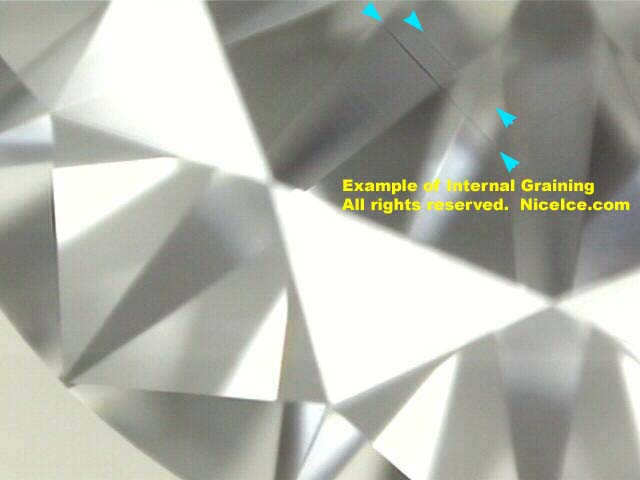 In the absence of significant inclusions, the basis for a higher clarity grade might be internal grain lines not shown on the plotting diagram. This practice is confusing because it means basing the clarity grade on crystal structure, not inclusions.

Furthermore, graining is part of the diamond's structure, so it cannot be a clarity characteristic. Suffice it to say the complexity of assessing grain lines was more challenging in the early days of diamond grading. 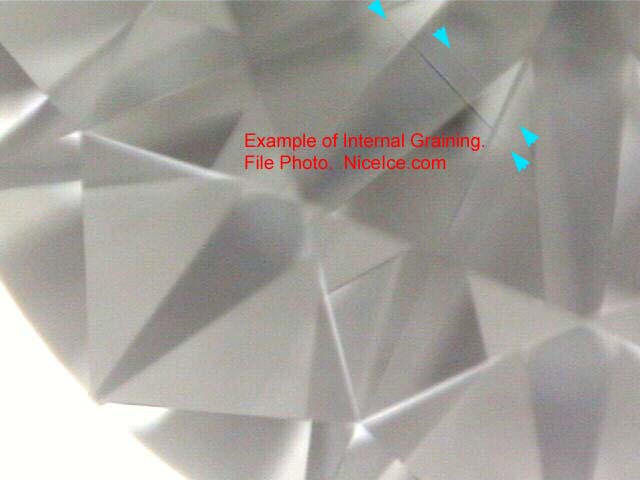 High-quality, ultra-high-resolution imaging equipment is relatively new compared with the grading standards developed in the 1950s. Back then, it was somewhat challenging to evaluate whitish lines or reflective graining using standard magnification.

Since it was theoretically possible for internal and surface graining to affect the appearance of a diamond, it got lumped into clarity. As that may be, then perhaps the labs should also indicate whether the graining exists solely in lines, planes, or broad areas.

They should also describe the texture, e.g., is it cottony, sheen-like, or hazy, and the angle from which it is visible. We digress, but the indication of naturally occurring grain lines on a lab report without addressing the impact or lack thereof may create immense, unnecessary concern.

The Impact of Extensive Graining on Clarity:

Until this point, our use of "clarity" refers to diamond clarity as a characteristic commonly known as inclusions. However, clarity also relates to the quality of transparency or purity, as in water or, in this case, diamonds.

Virtually all diamonds contain irregularities within the crystal structure, but some are more apparent than others. In some instances, those discontinuities create grain lines that are visible under grading conditions.

In that case, they'll be indicated on the lab report comments because they're a grading characteristic. However, just because a trained grader can see grain lines using magnification does not mean you'll see anything with your eyes.

As that may be, each diamond is unique and individual to itself. In that case, it's essential to consider each diamond individually on its own merits. That's why we're not making a blanket statement that internal graining is good or bad.

Internal graining is a clarity characteristic that varies from stone to stone and requires expert consultation. Consult with an expert who can examine the diamond and determine whether it's having any effect. Consequently, that is an insight that experts like Brian Gavin can provide, or the in-house gemologists at Blue Nile, Brilliant Earth, or James Allen. 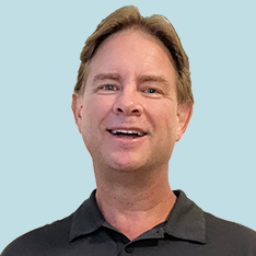