Do you have questions about buying a diamond? Or would you like help searching for diamonds?

Blue Nile Diamond Engagement Rings (How to Build Your Own)

What Diamond Cuts Sparkle the Most? Sparkliest Diamond Shapes 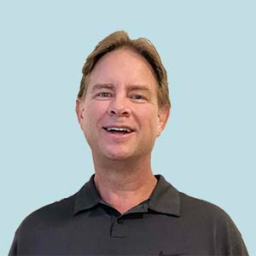 What Diamond Shapes Sparkle the Most?

When I use the term “Sparkle Factor” as a variation to describe Visual Performance, I’m actually grouping the various factors of Visual Performance, e.g. Brilliance, Dispersion, and Scintillation, together just for the sake of not having to type out “Brilliance, Dispersion, and Scintillation” a billion times throughout the course of a year… they do however have their own individual meanings, which I’ll take a moment to clarify:

Light Performance is largely dictated by the proportions of the diamond, it is primarily controlled by the combined offset of the crown and pavilion angles.

Visual Performance is largely controlled by the consistency of facet shape and alignment per section, but also the size, shape, and number of the facets. The ability of our eyes to interpret the reflections of light created by the facet structure of the diamond also has an effect upon our interpretation of the “sparkle factor” of a diamond.

How the Facet Design of a Diamond Effects Sparkle:

As you indicated, there are a lot of diamond brands claiming to be the brightest, most brilliant, sparkliest diamond on the planet, etc., and based upon their perception, it’s all true… but it’s not necessarily accurate. Ahem.

It is a common misconception that increasing the number of facets on the surface of a diamond will make it brighter by increasing the sparkle… more facets, must equal more sparkle! Let’s assume that the proportions for the Star 129 Modified Round Brilliant Cut Diamond and the Traditional 57 Facet Modern Round Brilliant which appear to the left in their respective facet structures, are identical, let’s say that they both have a 57% table diameter with a crown angle of 34.5 degrees with a pavilion angle of 40.8 degrees with a medium, faceted girdle, the volume of light return should be relatively equal. However the “sparkle factor” of the two diamonds will be remarkably different.

So the facet structure of the Star 129 modified round brilliant cut diamond pictured above on the left, features the same 33 facet design as the modern round brilliant cut diamond, but they split the traditional 24 facets located in the pavilion (lower) section of the diamond up into 96 facets, which a lot of people think makes the diamond more brilliant… but we know from above that the term Brilliance is used to describe how bright our human eyes perceive a diamond to be. However it is not only the amount of light return, but also the perception of intensity created by the internal and external reflections of white light, as judged by looking at the diamond in a face-up position.

Okay so the number of facets in this particular example is not going to have any effect on the amount of light return, because we decided that both of the diamonds have the exact same proportions… so what it is going to have an effect upon is our perception of how bright that light return is, based upon our perception of the intensity of sparkle created by the internal and external reflections of light…

And therein resides the validity of marketing statements like “the most brilliant cut diamond” and the brightest diamond, etc., which is that our human eyes perceive the diamonds to be more brilliant, because we see more sparkle… but as with most marketing slogans, there is a little bit of misdirection and slight of hand with the terms brilliance, dispersion, and scintillation being the suites of playing cards.

The Creation of Virtual Facets within a Diamond:

Each of the virtual facets which are produced by the overlapping of the original 57 facets which are part of the design of the modern round brilliant cut diamond, act like tiny mirrors which reflect light and transform it into sparkle which we perceive as brilliance, dispersion, and scintillation.

Researchers at the AGS Laboratory concluded that the higher the number of virtual facets, the smaller the resulting flashes of light will be, and it just so happens that our human eyes interpret smaller flashes of light as white light… thus the amount of dispersion, or reflected colored light that we see, significantly diminishes with the addition of extra facets beyond the traditional 57  for a round brilliant cut diamond.

So while the diamond might be more brilliant, it is more brilliant at the expense of exhibiting less dispersion or fire… so there is a trade-off involved. Now the reality is that some people will prefer a diamond which exhibits more brilliance than dispersion, some people prefer a look which is more like crushed ice… Personally I’m partial to the more balanced look of a traditional round brilliant ideal cut diamond, like those produced by Brian Gavin and Crafted by Infinity, which tend to exhibit more of a balance of brilliance and dispersion and sparkle like a disco ball, it is however a matter of personal preference.

The Effect of Our Age Upon Perception of Brilliance in Diamonds:

One of the factors that people don’t like to think about is their age, however when it comes to selecting a diamond for sparkle, I think that it is something to consider because the reality is that the ability of our human eyes to separate the reflections of light created by the sparkle of a diamond into white and colored light changes over time… over the years, our ability to distinguish colored light diminishes and we will see more and more brilliance in a diamond.

So while a lot of these extra faceted, modified round brilliant cut diamonds, might look pretty good right now, I expect that what little colored light people see in them now, will become less and less over time… which is another reason why I prefer the broad flashes of light created by the traditional 57 facet design of the modern round brilliant cut diamond. Over the years, people will be able to still see lots of fire in their diamonds, and will begin to see more brilliance.

Now the one advantage that I do feel these modified round brilliant cut diamonds has over the modern round brilliant cut diamond, is in the range of five carats and larger, when the facets of the traditional design become so large that splitting them up does create a visual advantage… something to keep in mind when your fiance begins to suffer from Diamond Shrinkage Syndrome and that three carat begins to look a bit small. Laughs.

A mad scientist with a passion for improving diamond cut quality to maximize light performance and sparkle factor. I speak geek in degrees of optical precision between bouts of freediving. My ghostwritten ramblings haunt the rabbit holes of information found on many diamond vendor sites. Diamond buyer, author, consultant, errant seeker of deep blue water.

This site uses Akismet to reduce spam. Learn how your comment data is processed.

This is the "Secret Sauce" from the back office of Nice Ice Diamonds. The tips and tricks that we relied on to select ultra-high performance diamonds for our brand.