What is Blue Fluorescence and Does It Affect Diamond Value?

Blue fluorescence in diamonds results from various degrees of boron, making them glow at different intensities when exposed to long-wave ultraviolet (UV) light. Approximately 25-35% of gem-quality diamonds exhibit fluorescence in colors such as blue, green, orange, red, yellow, and white.

In our experience, faint to strong blue fluorescence enhances a diamonds' appearance by filtering out the yellow undertones in white diamonds within the D-Z spectrum.

Fluorescent green, orange, and red diamonds are rare and reflect collection pricing. We recommend avoiding yellow and white fluorescent diamonds because they may negatively affect appearance. 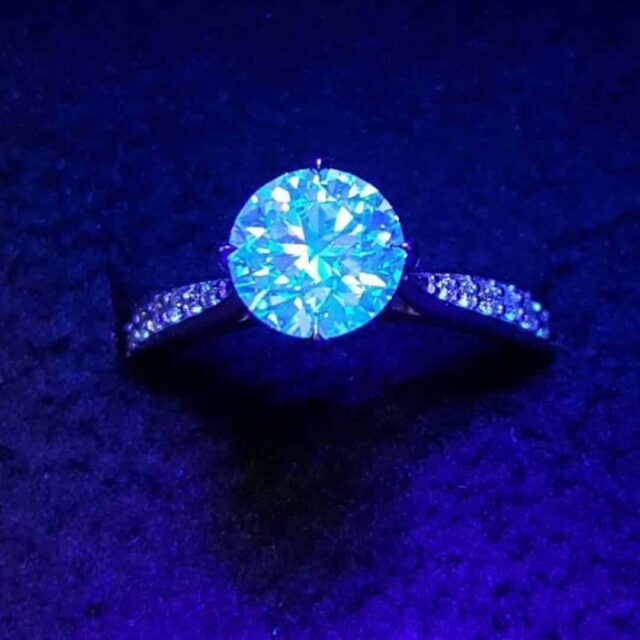 Trained gemologists identify fluorescence by exposing diamonds to ultraviolet light in a pitch-black room. The diamonds are placed on a white plastic tray and examined from a side profile at approximately thirty degrees. 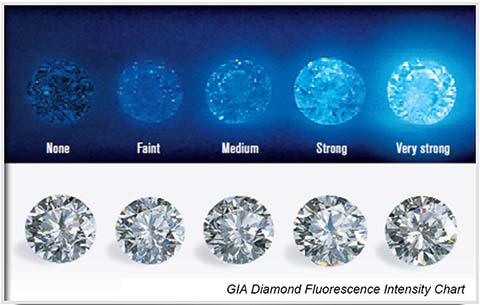 As a general rule, faint blue fluorescence is of no consequence and is difficult to identify outside pitch-black laboratory conditions. In that case, it is not likely to affect diamonds' appearance to any visible degree.

Medium blue fluorescence is likely to improve the perception of diamond color when exposed to UV light, such as sunlight. Under those conditions, a colorless (D-E-F) and G-H-I-J) near-colorless diamonds appear white.

It's essential to remember that most fluorescent diamonds look "perfectly normal" (white) unless exposed to black light. In that case, you're not likely to detect the presence of blue fluorescence under normal lighting conditions.

There seems to be a great deal of confusion about the effect of blue fluorescence upon diamonds' appearance, especially in the range of medium blue to strong blue. 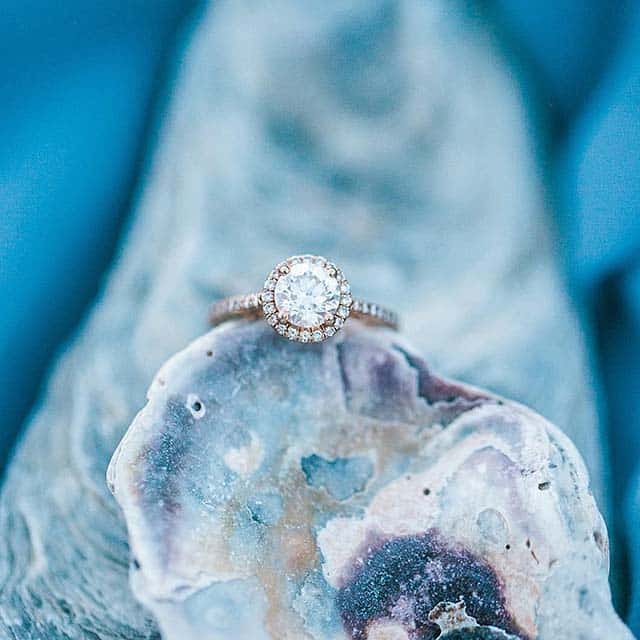 According to a study by the Gemological Institute of America (GIA), fluorescence negatively impacts less than two percent of gem-quality diamonds. The 1997 statistical analysis reviewed a random sampling of 26,010 diamonds ranging in color from colorless to faint yellow.

Sixty-five percent of those diamonds exhibited no measurable degree of fluorescence when exposed to long-wave UV radiation. Of the 26,010 diamonds evaluated, 9,175 or 35%, showed fluorescence in the following intensities:

Of the 5,710 diamonds exhibiting medium to very strong fluorescence, 5,533 (97%) exhibited blue fluorescence. Only 162 of the diamonds (3%) fluoresced another color, such as yellow, white, or orange.

The GIA based their analysis on blue fluorescent diamonds because of "the difficulty of finding sufficient numbers of yellow fluorescent stones to conduct a parallel study."

They also state that "Diamonds with extremely strong blue fluorescence and a distinctive oily or hazy appearance, often referred to as 'overblues' are also a concern to the industry. In our experience, however, they are even rarer than diamonds with yellow fluorescence." 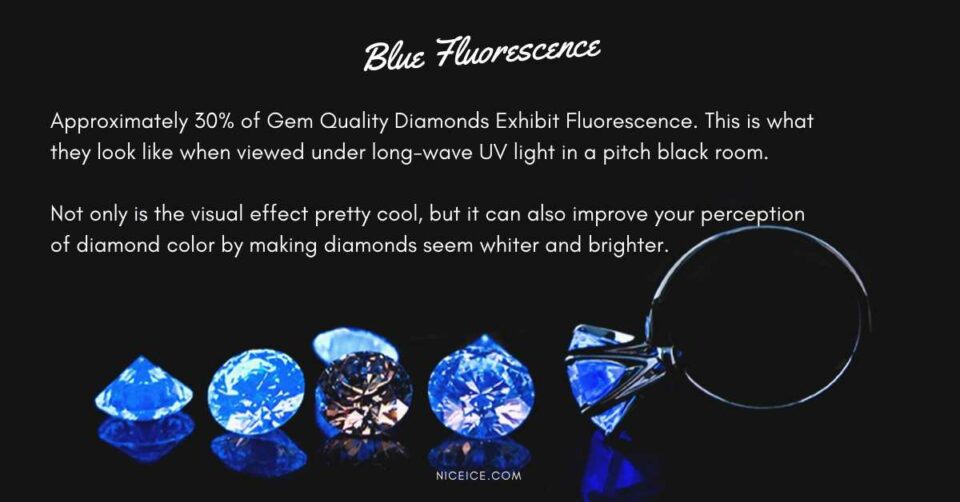 Is Blue Fluorescence Good or Bad?

If it's any indication of where I stand on the subject, the 2.25-carat diamond Brian Gavin cut for my wedding ring was I-color with strong blue fluorescence. The setting and prongs were yellow gold, but the diamond looked white because of the blue fluorescence.

In that case, the strong blue fluorescence made the diamond look whiter and brighter in the presence of long-wave UV light. Remember that the neon blue color is only visible under specific conditions, such as black light.

Choose diamonds with negligible, faint, medium, or strong blue fluorescence if you want to play it safe. Fluorescence negatively impacts less than two-percent of gem-quality diamonds, and those tend to be in the very strong to over-blue spectrum.

Therein lies the answer to the question regarding discounts for diamonds with blue fluorescence. Some dealers might offer a discount for blue fluorescent diamonds, while others may charge a premium.

Consequently, that does not mean that fluorescent diamonds are good or bad because no firm pricing guidelines exist. In that case, deciding to discount or charge a premium for fluorescence is a matter of preference. In our experience, the overall cut quality impacts diamond prices up to sixty percent, while fluorescence is a minor factor.

Should I Buy a Diamond with Blue Fluorescence? 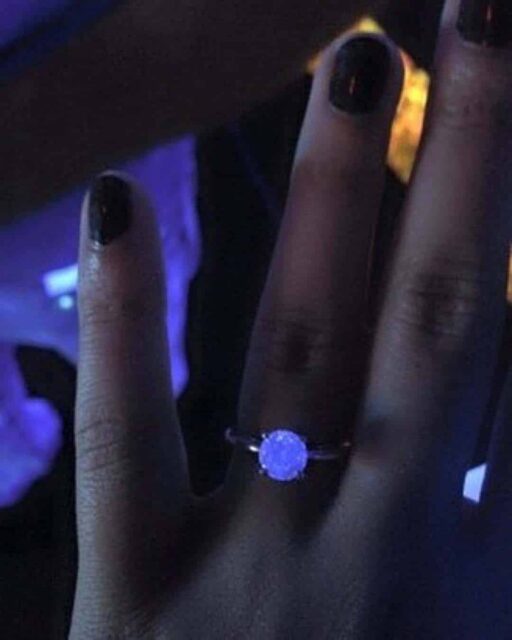 Deciding whether to buy a blue fluorescent diamond is a matter of personal preference. First, determine whether you are comfortable with a diamond that will glow blue when exposed to black light.

Some people prefer diamonds with blue fluorescence, and others insist on negligible/none. Consequently, the GIA uses the term none, while the AGS prefers negligible to describe intensities less than faint.

Use our free diamond concierge service if you want help evaluating or searching for diamonds. We're happy to help whether you shop online or buy from your local retailer.